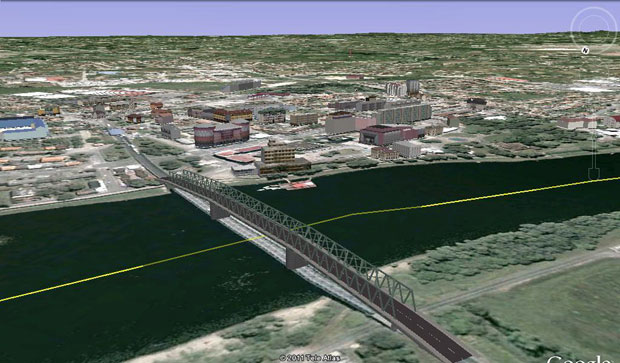 At the meeting held in Zagreb on July 23rd, BiH Minister of transport and communications Damir Hadžić and Croatian Minister of sea, transport and infrastructure Siniša Hajdaš Dončić shared the opinions on the construction of interstate bridges over the Sava river, primarily on the construction of the bridge near Gradiska, which should connect the E-661 Gradiska to Banja Luka motorway with the Zagreb to Belgrade motorway.

It was agreed that “Croatian Roads” assume the responsibility to plan the budget for the next two years to include 7.5 million EUR each year for financing the construction of Croatian side of the bridge. The news agencies reported that Hajdaš Dončić and Hadžić specified that this job should be finished no later then middle of 2015, simultaneously with the road to connect the bridge to the Zagreb to Belgrade motorway.

Minister Siniša Hajdaš Dončić had discussed these plans few days earlier in Zagreb at the meeting with the Prime Minister of the Republic of Srpska Aleksandar Džombić and RS Minister of transport and communications Nedeljko Čubrilović.

– Minister Hajdaš Dončić assured me that there would be absolutely no problems with this matter and that this project will be the priority for the Croatian government, which certainly increases the chances that this bridge can be finished within two years, Džombić said in Zagreb according to the „Srna“ agency.

After such assurance, Prime Minister Džombić said, the Republic of Srpska will stick to its original decision, according to which the “Croatian Roads” should publish the invitation for tenders and conduct the procedure, while the RS should ensure 50% of budget for the bridge. Furthermore, the Prime Minister explained, Croatia should issue the building permit, and Republic of Srpska should grant the approval.

The design has already been completed, and we should obtain the building permit by the end of August. Joint committee consisting of the representatives of the “RS Motorways” and “Croatian Roads” should prepare the tender documents, which should be followed by invitation for tenders and finally by selection of the contractor by the end of the year, Džombić said pointing out that such schedule would ensure the bridge construction as soon as 2013, and completion of all works in 2014.